Are You Kidding Me? -Paperback

E. Chandler, Sr.
Hi, my name is Deacon Willie A.P. Lester Jr., but everybody that knows me just calls me Willie. I’m the chairman of the deacon board at the Auburn Avenue Missionary Baptist Church, and what you’re going to discover about me is that I do not like this preacher we got down at the church by the name of Reverend Charles David Weldon III. This morning during service, as he was about to deliver another one of his tired sermons, I decided it was time to go. But what I thought was going to be another normal Sunday in church, ended up with the two of us spending the night in adjoining jail cells. They brought me in for a simple DUI, but I found out later that Weldon was arrested and being charged for something much more serious! Later, somebody told me that the church members had called a meeting, trying to find out just what happened to their raggedy pastor. The preacher man said he didn’t do nothing wrong, but somebody’s lying—and somebody’s dead! Well, the old folks tell it like this: “Whatever’s done in the dark, eventually gonna come to the light.” And when it does, all that’s left to say is, “Are You Kidding Me?”

Are You Kidding Me?: One Sunday Night in the Life of Deacon Willie A.P. Lester, Jr. (Willie’s World Book 1)  – Written by James E. Chandler, Sr.

There are no reviews yet.

Be the first to review “Are You Kidding Me? -Paperback” Cancel reply 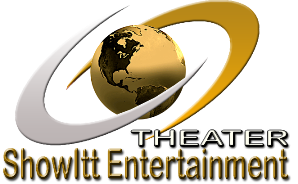